Here's the finished painting...I intended to show more stages but lost the photos somewhere...so there's a big jump from the last time I posted images of it! 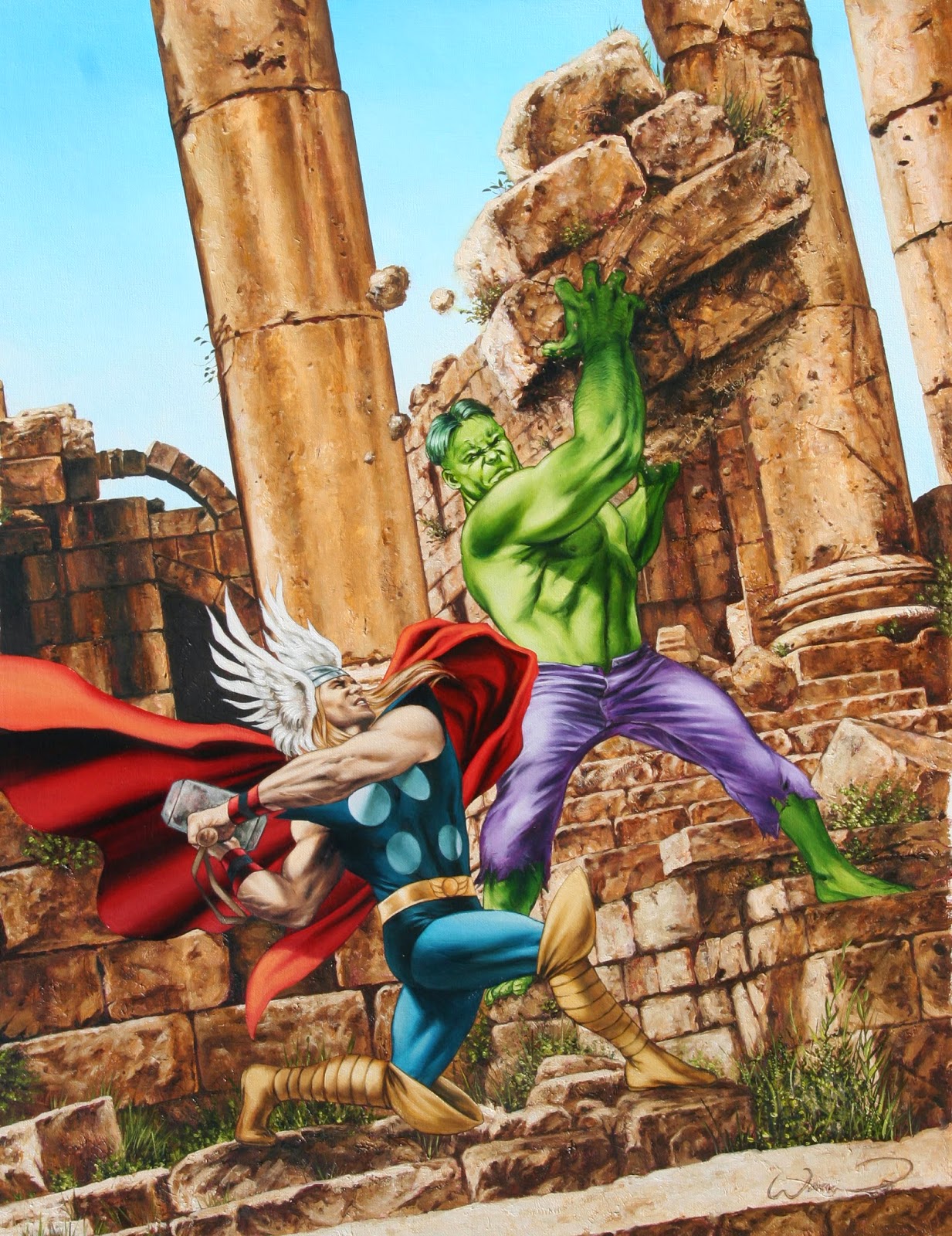 Mike Grell, what a nice guy. I think Longbow Hunters was the first time I became aware of painted comic books. I remember I was blown away by the...not realism, but the movement, the physique of the figures, their anatomy. They weren't massive or bulky, or stylised. I liked that.

But at that point, I'd been aware of, and loved, Grell's art for a long time. The first time I saw his work was in the pages of Superboy and the Legion 206...I picked it up a few months into my comic reading life at a secondhand bookstore. It cost me 8p. From that moment on Mike Grell became my favourite Legion artist. Still is. 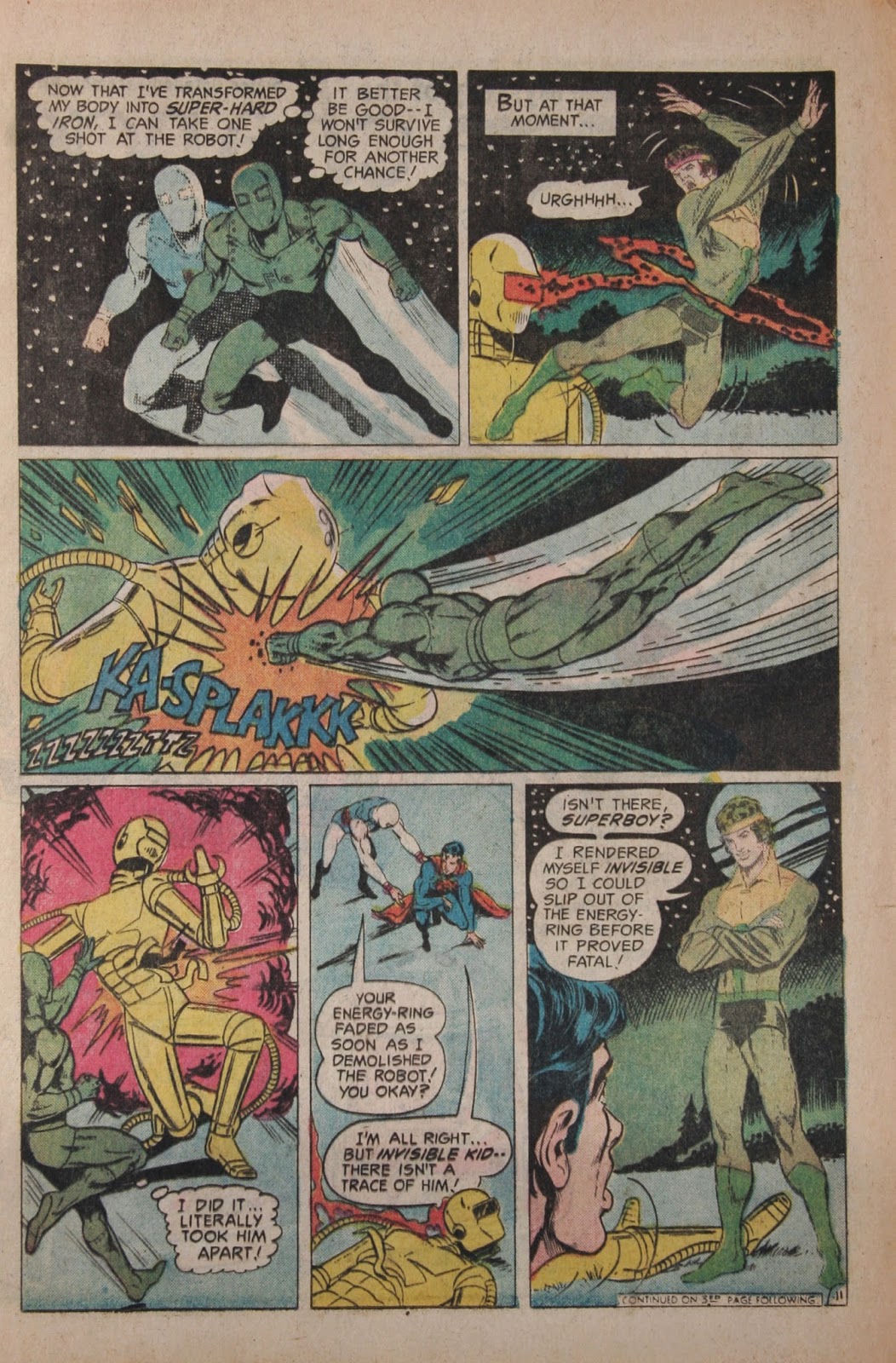 A cool page from issue 206. Love the pose of Invisible Kid in the last panel

I love Cockrum's designs, the look of his 30th Century (inspired by Star Trek in many cases, never a bad thing). The Adventure covers Neal Adams did, awesome. Swan, Giffen, Sprouse, Sherman, Adam Hughes, Barry Kitson, Coipel, all great...and Steve Lightle, massive, massive fan of his work, some of my favourite images of the Legion were drawn by him...but Mike Grell is my favourite. 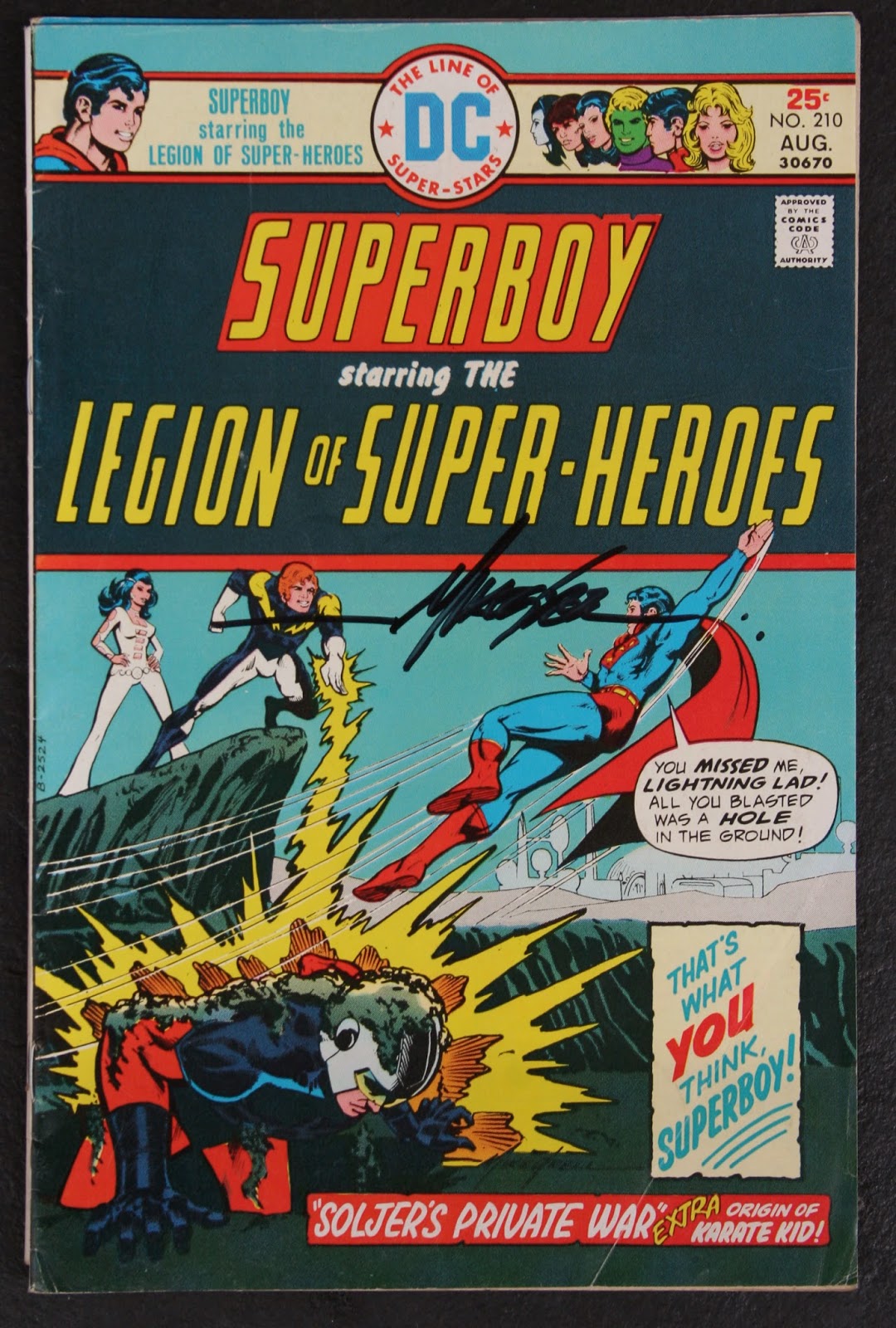 Looking at issue 206...I think the way he drew the anatomy was different from other artists. I know, he was heavily influenced by Neal Adams, but Grell's figures were more lithe, more athletic maybe. 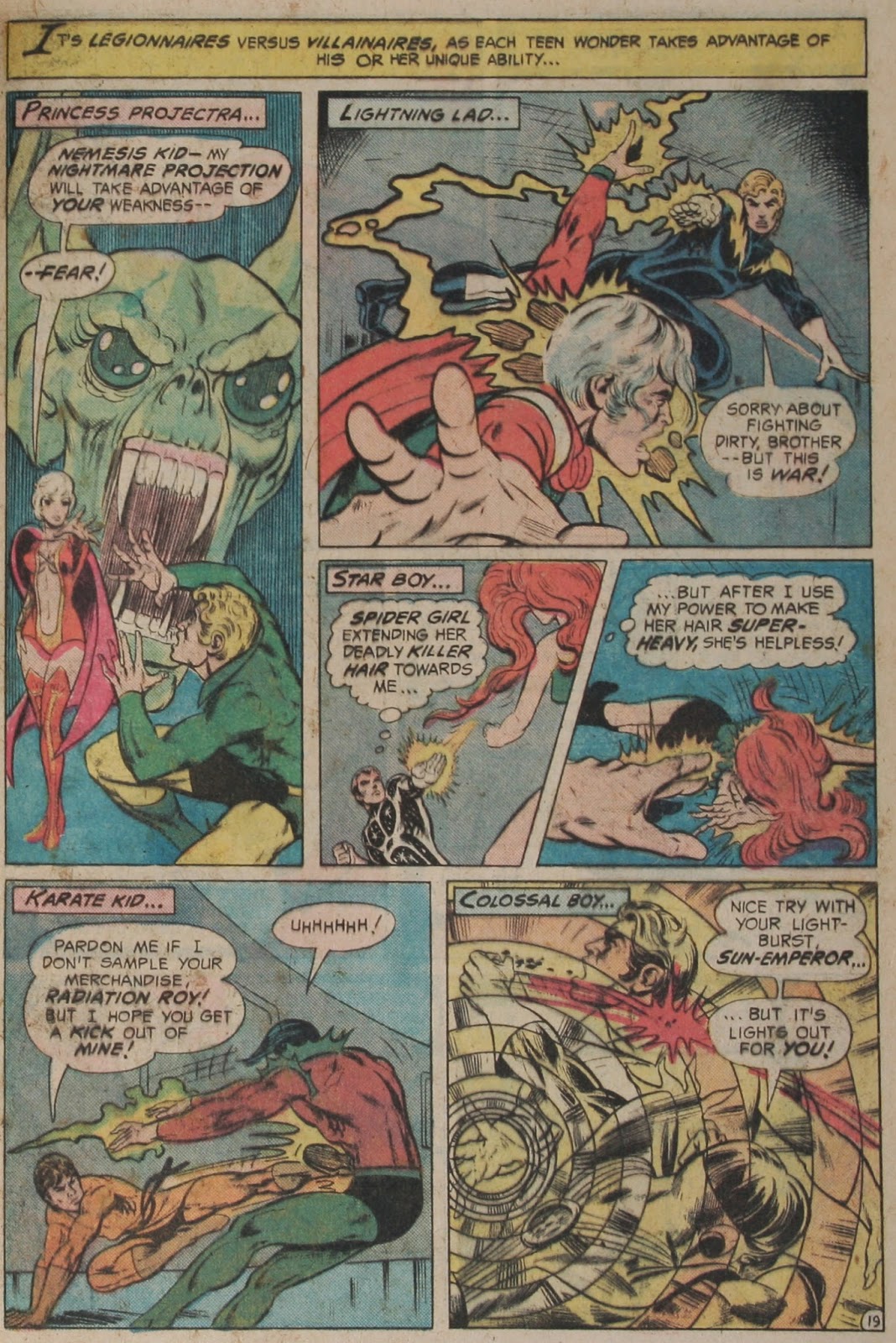 An action page from issue 208...panel 2 is probably the best Lightning Lad vs Lightning Lord image there is.

I really liked how he drew figures lounging about, there was something in the weight of the figures he drew that worked for me. 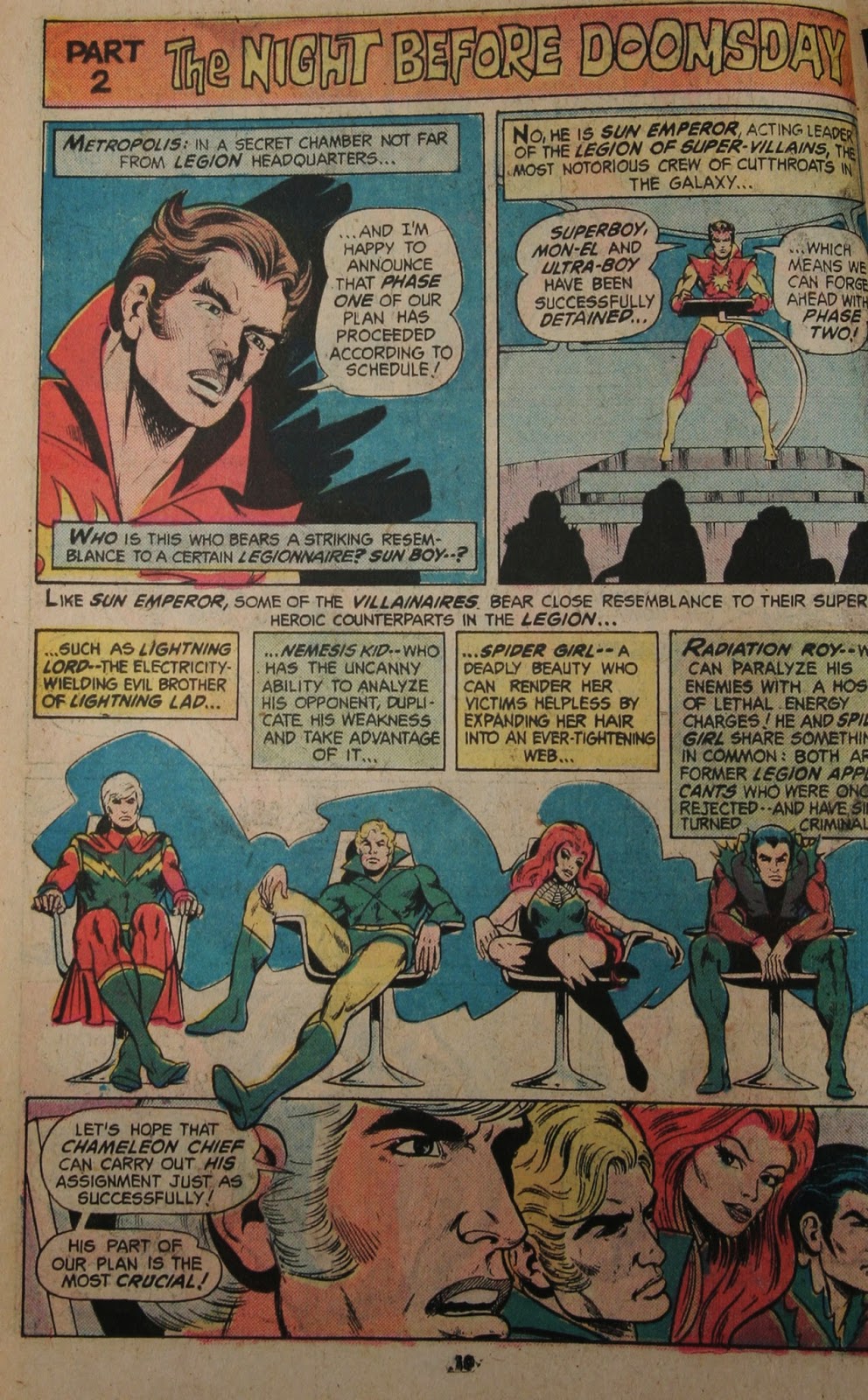 The Legion of Super Villains chilling out.

It may not have been totally correct anatomically, maybe some of the backgrounds were a little sparse. But I love the vision he brought to the Legion.

He used a lot of facial expressions, his Legion were teens, but older teens, not generic youths as many artists depicted teens at the time. 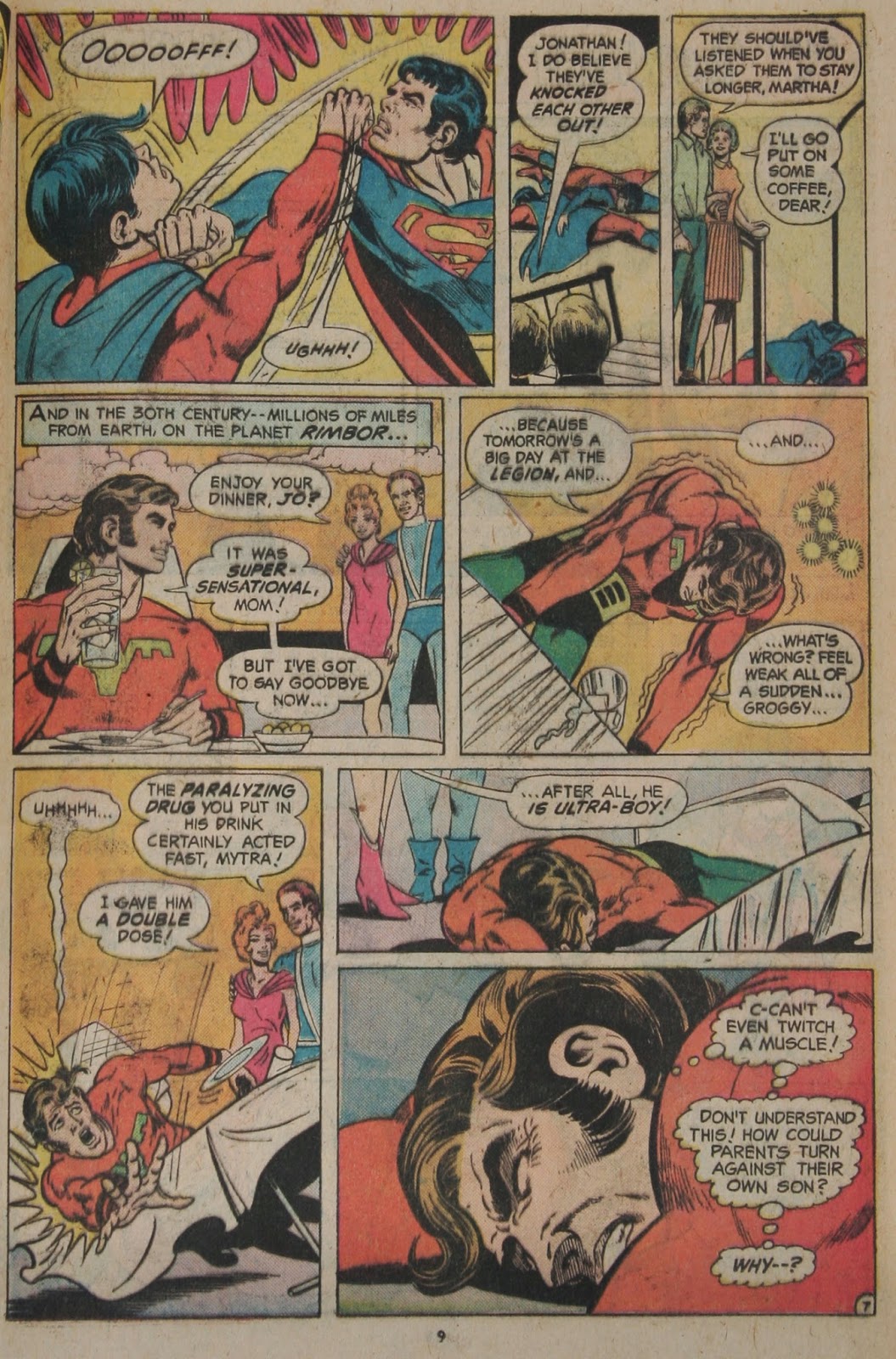 Another great page from Legion #208

I've run through a lot of different styles in the way I draw. I guess I get a little obsessed about an artist and then I move on. But, Mike Grell, and especially his Legion work, is something I've always looked to for inspiration.

Looking through all these old issues to find the images I've posted on this blog...I think the way the figures lean whilst standing, the posture,  it's a great look, I think it's something I need to consider more in my work...

He defines the look of a fair few Legion members, in my opinion...Ultra Boy, Lightning Lad, Princess Projectra, Karate Kid, Invisible Kid for sure, Tyroc, Shrinking Violet, love his Brainiac Five...I do really like the way he draws Superboy. But Neal Adams draws the best Superboy. Heck, Grell does the best Ferro Lad too. Spider Girl is another... 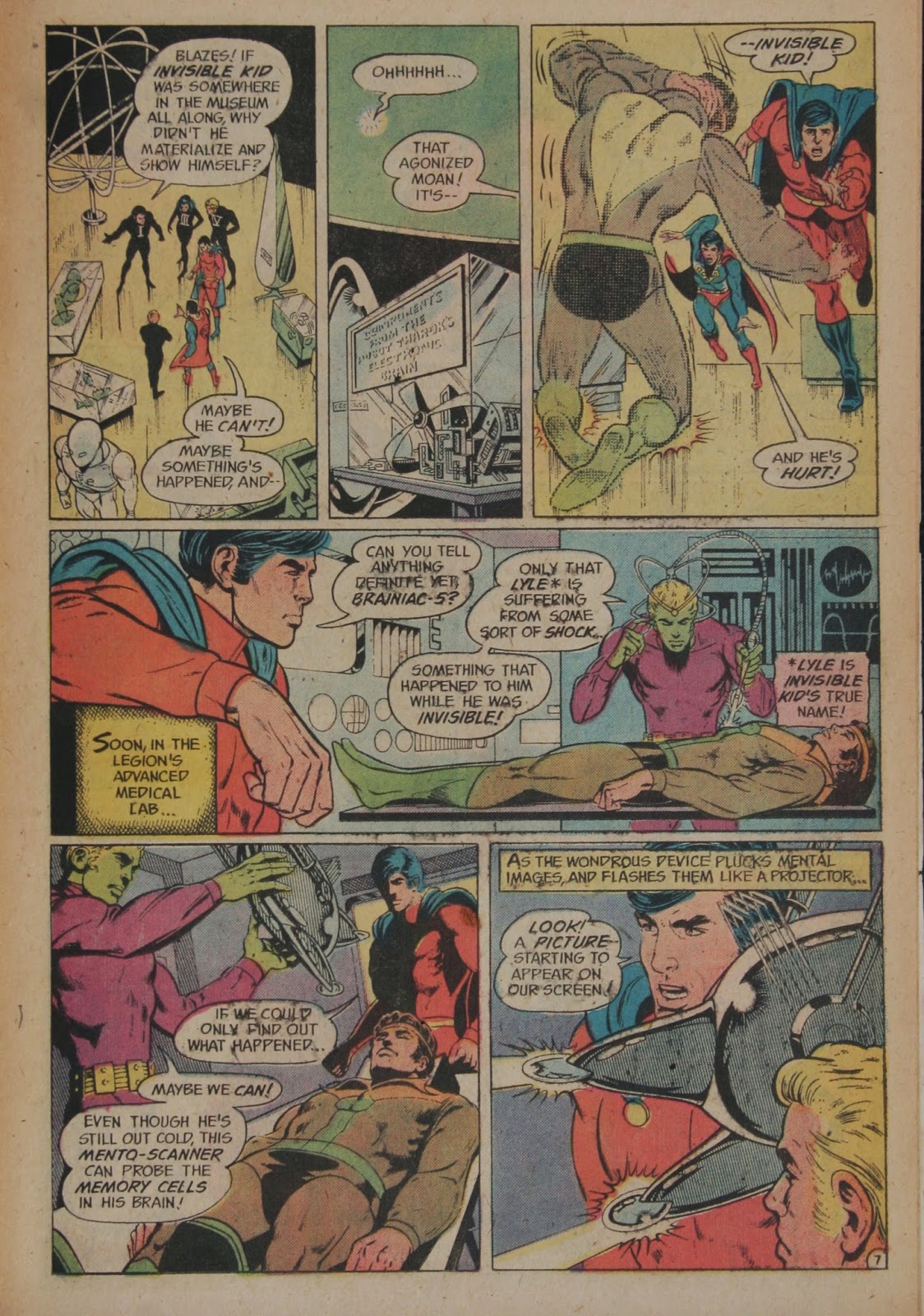 And you know, the unitard Cosmic Boy is the one I grew up with, I kinda like it. I think a lot of fans hate it...I don't.

As I touched on in my LSCC Postscript Blog...I got to meet Mike at the con. He's a really great guy. He was doing some awesome sketches. I'd love to see him draw the Legion again...

Adventure Comics #13: The ongoing adventures of Ultra Boy and the Legion of Crime

Here's the next installment in the commission series. Unfortunately I've not had chance to colour this piece yet. The storyline is still following the Earth 3 version of the team. As you can see from the cover, thing have gotten a lot more complicated... 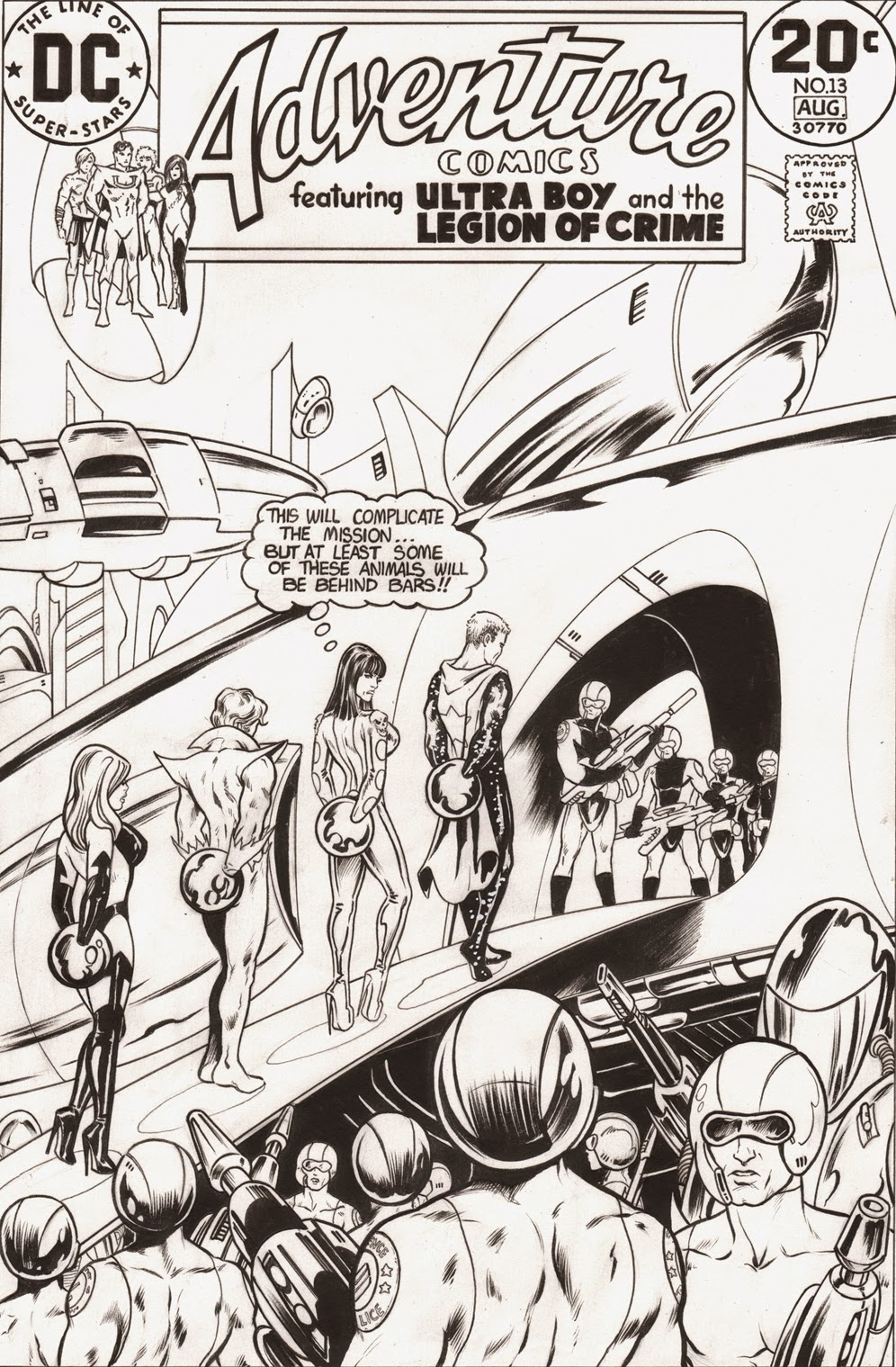 ...obviously the cover is based on the cover to Superboy and the Legion #257!

I'll try and update the site a little more regularly. Been bogged down with catching up after the London Film and Comic Con. And, if you're going to be at the NICE con next month and want a commission, don't leave it too late...