It's been a while since I added anything to this blog, apologies for that, I've been working very hard.

Anyway, I've been doing some cover work again after, I think, a gap of five years. This is the first one, for the art appreciation variant series that IDW are running in April. It's based on the Vermeer painting commonly known as The Girl With The Pearl Earring, hopefully you can see that! 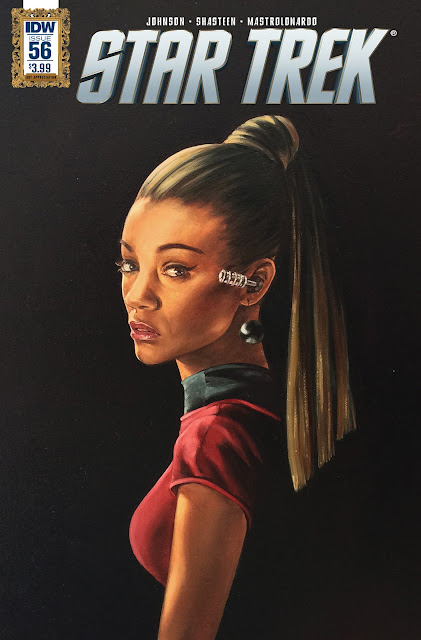 I've been doing a few more Trek covers recently too, I'll post them when they're approved and good to go!

I'll have the original art, pencil prelim and painting at LSCC next month. On that note, if you want anything doing commission wise for that con then get in touch very soon, I've got a ton to do and my list will close very shortly!

I'll post some pieces that I've been doing for the con very soon!