With NICE being this coming weekend I figured it was time to do some updates. For those hoping to get on my sketchlist at the con: If I take requests beforehand then I have no spaces left before the con even starts so to be fair to everyone it's a case of getting to my table on the day!
The Legion art meet: After speaking with people I think it's best we meet at the convention itself, say 4pm, on the Saturday as there are a few concerns about carrying art around in the hotel bar. Of course, feel free to come by the table at any point to chat also. And there'll be chance to chat after the con itself too as I'll be around all evening (although I am hoping to get to bed before 5am this year).
I'm at table 53, up on the balcony this year! I don;t have a banner this time as I'm in the process of designing a new one (my old one died in Swindon) so look for the gap between other banners!
I've drawn 20 head sketches for sketch roulette this year. Check with the organisers, Jeff Chahal and Bub Chahal or look at the official site for details of what's happening with that!
I'll be getting into Bedford about 5 on Friday and will be hanging around the hotel.
Here's a piece I've done for the con, a copy of Adam Hughes' cover for Betty and Veronica #1 (I really enjoyed the comic by the way, reminded me of the late 60's DC Bob Hope and Jerry Lewis comics) with Betty and Veronica as Saturn Girl and Phantom Girl of the Legion. 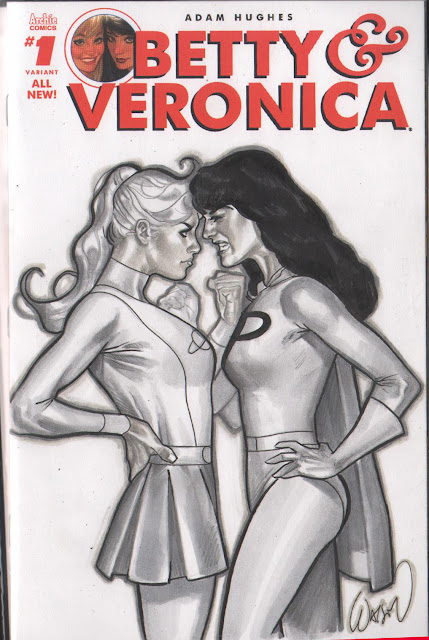 A Captain Marvel sketchcover. Obviously it's the original Captain Marvel and not the current Marvel one. I am hoping to get one of her done if I have time but the chance to do the big red cheese on a cover with his name on it was too great for me to pass up. 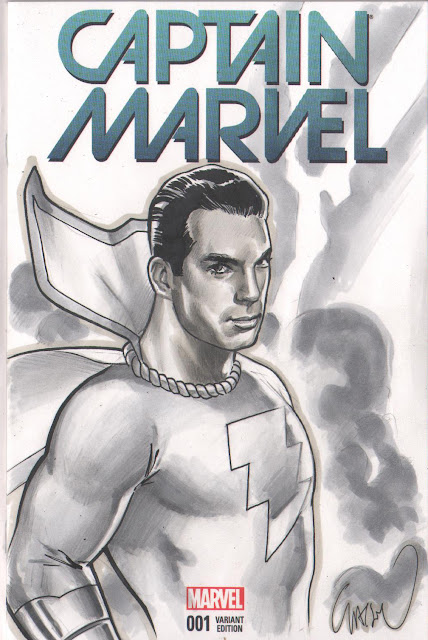 Here's a Deadpool one... 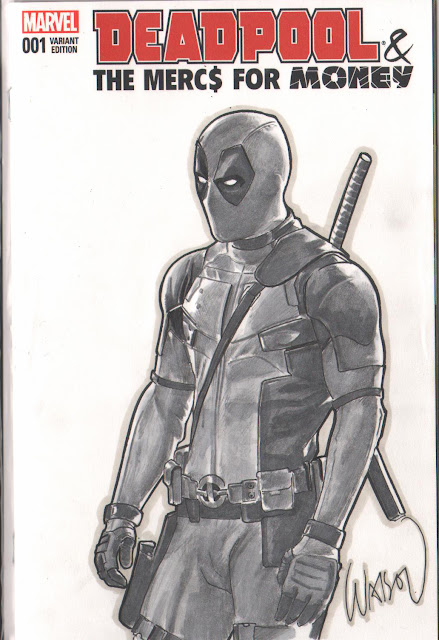 I've actually had too many commissions to get through this year so there's a more limited choice of new sketches to purchase at the con. I'll have some discounted pieces left over from past cons also. I dont tend to sell online so these sketches are onl ever really on sale at conventions. Come check them out! See everyone at the weekend!
Posted by John Watson at 02:52