It seems that complaining, both on social media, and via email (to several people), speeds up the process of having money, taken without authorisation, returned more speedily to me than FedEx originally planned.

Now if only I could convince them to close my account. It's been over 6 weeks now, and there's been no progress. I've called, emailed...and, to be fair, after 20 or so days, someone from FedEx did call about my account. I was out. That was ok though, as they were going to call back later that day or 'tomorrow'. Naturally, they didn't.

I really have no idea why it's so difficult to close an account with FedEx. But it really is. At least the company hasn't bled my account dry for no good reason in the time I've been trying to close the account.

Since the FedEx debacle, I've tried UPS, to send a painting to the US. The package was delayed, but I was sent notification and the reason why. Both myself and the recipient of the package were sent tracking details and, when it was out for delivery, I was able to watch the progress of the van on a map. All an improvement on the service FedEx provide. The biggest difference between FedEx and UPS? The price. It was half the price FedEx charge to send to the same client.

More post woes. I went to the post office yesterday to send out my latest batch of completed commissions. To send one comic, in a comic mailer, to the USA costs over £7...last time I went, a couple of weeks ago, it was just over £4. There's been no price increase since March, apparently. So, unfortunately, I'm going to have to charge postage on top of the commission fee from now on. It's one thing being reasonably priced, it's another ripping myself off. I need to make a living. So, it'll be £5 postage to anywhere outside the UK. I think that's a reasonable compromise. Any commissions already on my list, I'll skip the postage, as was originally agreed.

Also, another recent unpleasant development. Art has started going missing in the mail (Canada and the US) which is something that's never happened to me before. If it keeps happening then I'll have to rethink the entire postal commission thing as having to redo art isn't very lucrative.

Man, this is a negative post! I've been shafted several times over the last 6 months or so on personalised commissions. One guy, let's call him Chris Boss, because that's his name, clinched this one. He wanted something in time for Xmas featuring his kids. Fine. I drew the prelim, it was approved. I work up the finished thing, took a while longer than I hoped, but fair enough. He liked it, it was great, all was good. It was done on time, I could get it in the post in time for Xmas. All this took place over 3 days. Told me he'd pay in pay in installments. Not ideal, but ok. Then he never answers another message. He's alive, just decided he didn't want the commission, I guess. Now, he could've told me at any point during the process, before I spent the time doing the finished art, that he'd changed his mind, circumstances had changed, whatever. Now I'm left with something I can't sell as it's a pic of someone's kids with Joker and Harley...It took me 2 days to draw. And there's nothing I can do with it. I wasted 2 work days for no return. Thanks, mate. Can't do it anymore.

So, if you want something involving family members or really, really obscure stuff , then it'll be a 50% deposit upfront. I'm not happy about it but I can't keep getting ripped off.

The con is suddenly coming up in a few months. If anyone wants to get on my commission list (for pre-con commissions) then make sure you do sooner rather than later! I'm hoping to have pieces to sell also but if you're after something specific then get in touch. Really looking forward to the con this year! I'll be doing a piece for the con itself over the next month (and a few more sketches for the sketch roulette also)

To finish on a positive note, some recent watercolour commissions! 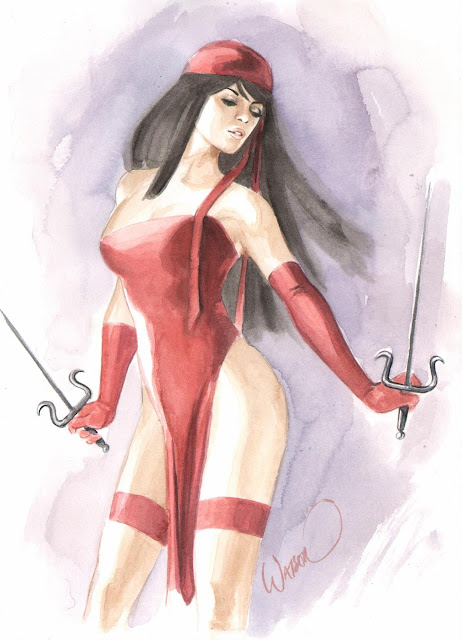 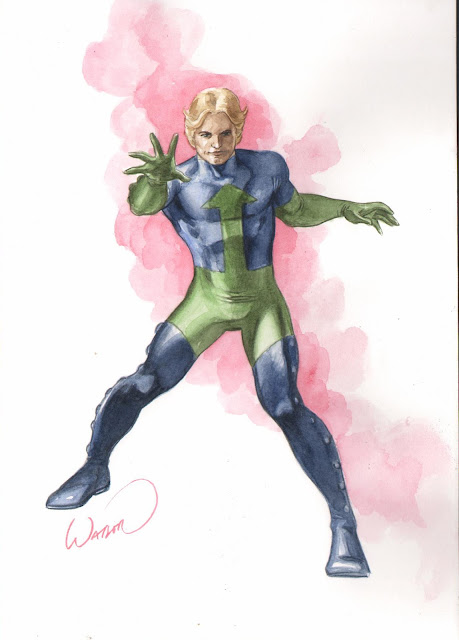 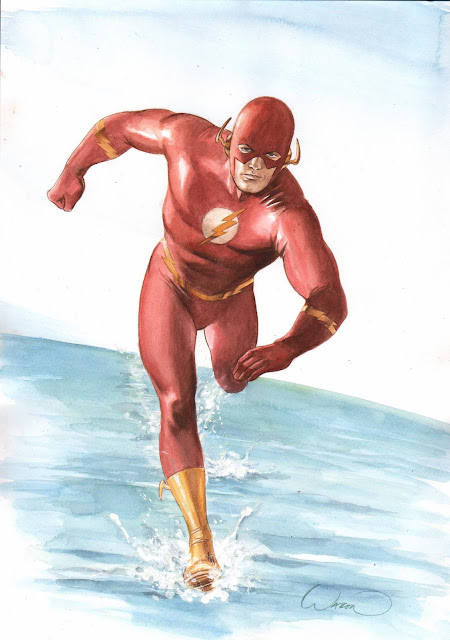