THE ONGOING ADVENTURES OF THE LEGION OF SUPERHEROES: ISSUE 4

The next chapter. The Legion are defeated by the Legion of Crime.

I coloured this one to highlight the uniforms I've tweaked.

The style of the art is still a kind of Grell, Adams, Davis hybrid...but I think in the next story arc I'll wing it a little more, see what happens.

Next issue, the final part of the Earth 3/Earth 1 battle between the Legions.

The body wearing the green swirly uniform is Chemical King by the way...I think everyone else is pretty obvious. Some of the uniforms will change over time, they're still in transition. As an aside, I loved the Superboy back up stories by Cockrum where the Legion was a mix of the original Adventure costumes and the ones that Cockrum was designing...also, remember the uniform that Element Lad wore for one panel in LSH 243 and again, in a pin-up in the tabloid where Lightning Lad and Saturn Girl got married? No idea why that one was never seen again, very Kirbyesque. Who designed that? Was it James Sherman?

Anyway, here's a pic of issue 4 (that I've just noticed I forgot to number) and also a mock up with a back cover... 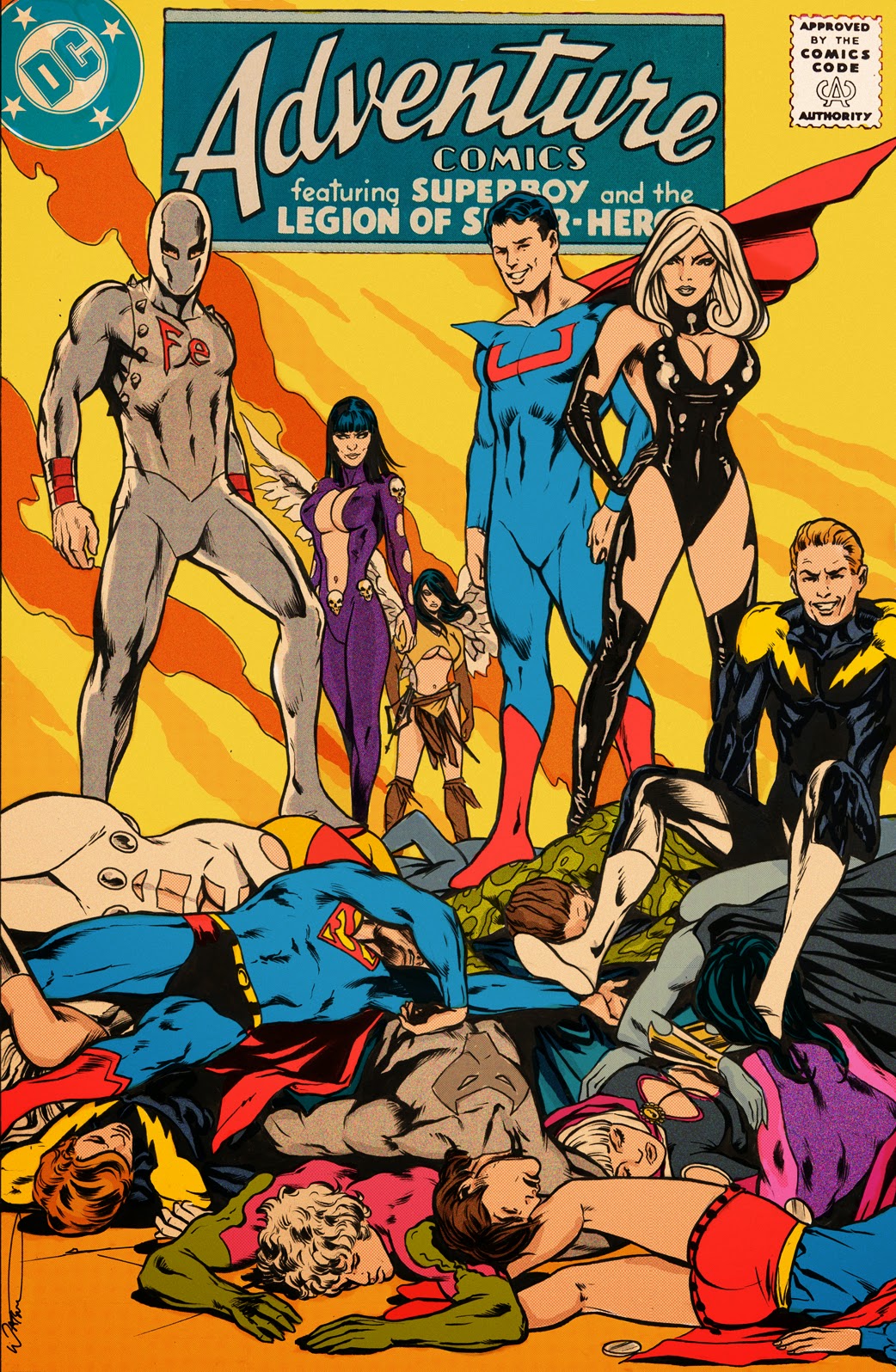 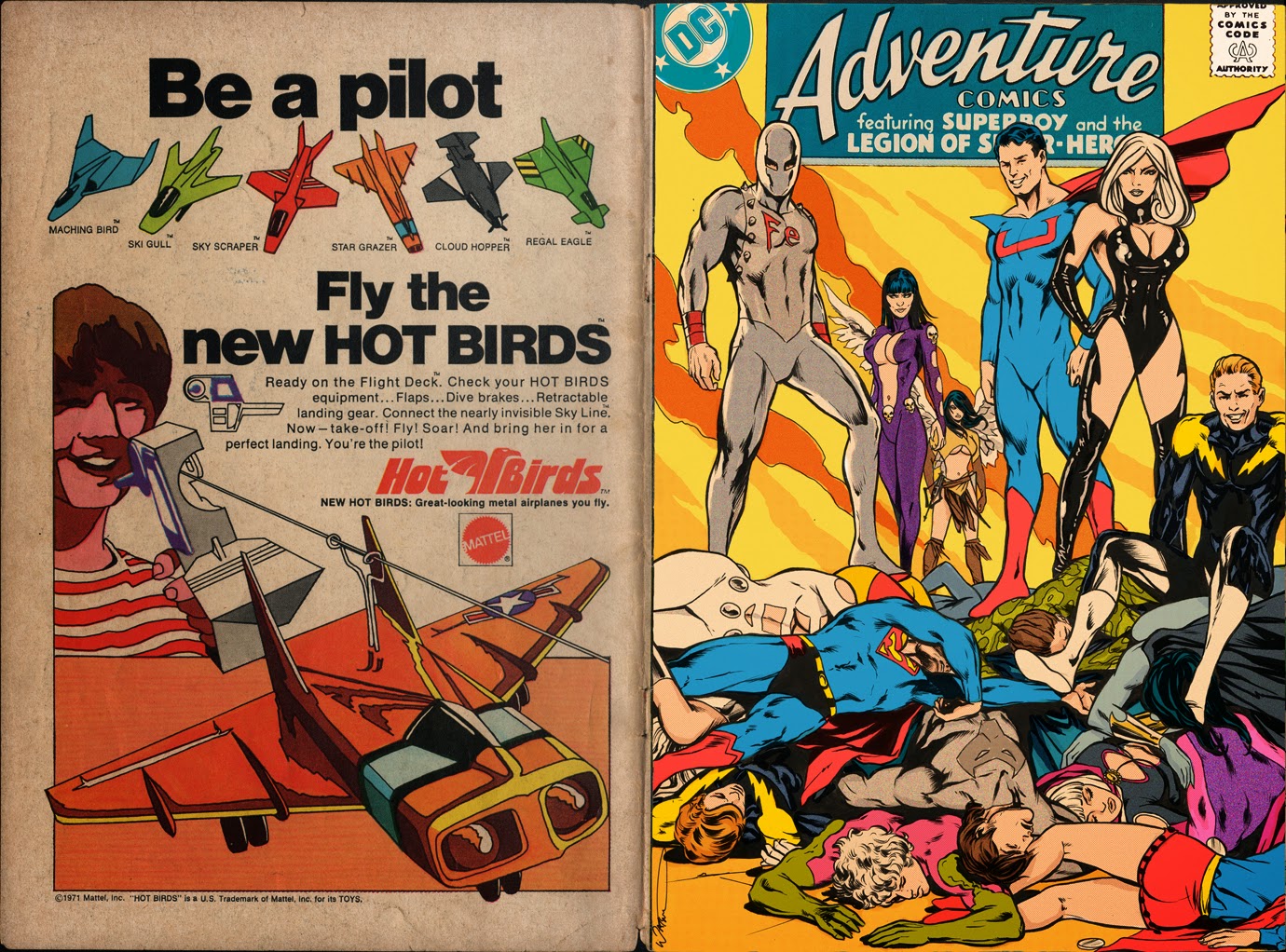