Well, I guess it's ok to show this as it's up on Star Trek.com! I recently did three covers for collected Star Trek trades and this is the first one, for Star Trek The New Adventures Volume 3! 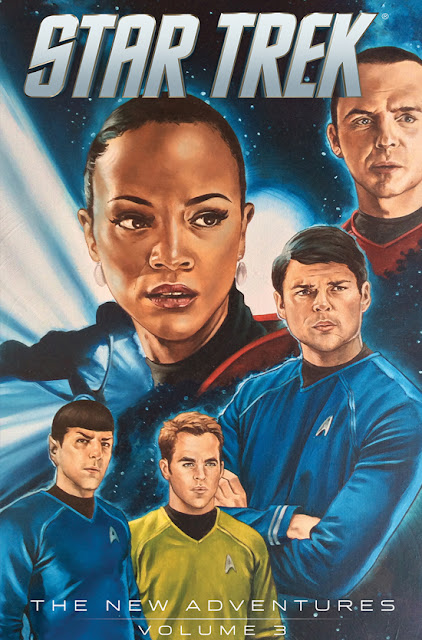 The cover with all the logos and text on. 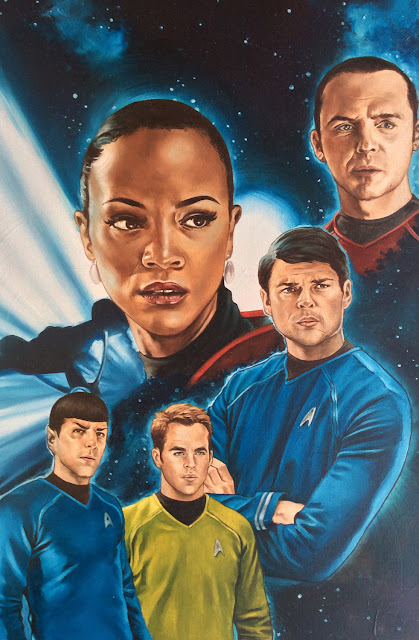 And the original painting

Thought I'd talk about the creative process here. I initially had Scotty as the main face but then decided that it was an image that was looking up his nose too much... 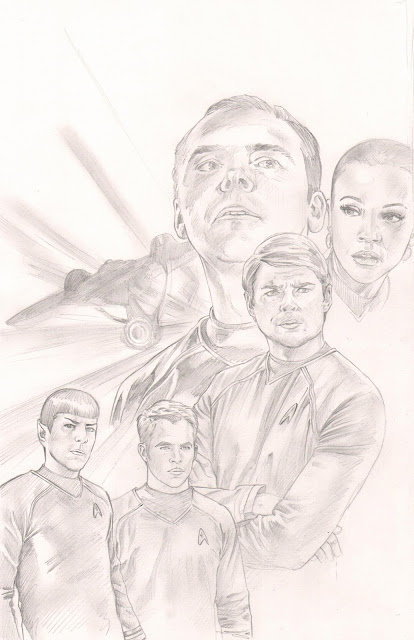 ...and so changed it for this face below. 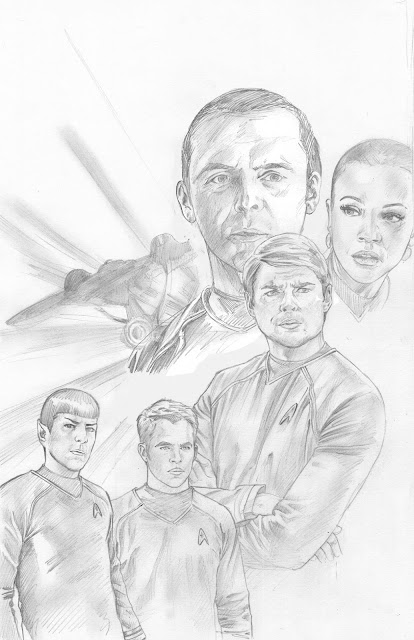 The feedback was that Uhura is more of a lead character in NuTrek and that she should be the main face featured. So the dsign turned into this. 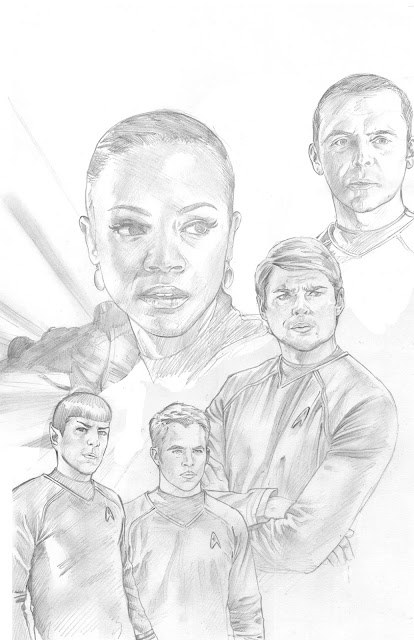 The painting was done as quickly as possible as the deadline was suddenly upon me! I photographed this (and the previous cover for Star Trek #56) as the originals are too large for my scanner. It's great to finally get to paint and draw some Star Trek pieces!

This (and the pencil prelims) will be available to buy at LSCC this weekend.
Posted by John Watson at 11:02