When I first saw Newton's work it blew me away. I didn't know why at the time, I was too young. I figured it out later( ...kinda like how I saw Toth's work in Adventure Comics, the Black Canary strip. I loved it, but why? I didn't know. I do now. I'll talk about that another time) But it was different, the figures had more weight, they had a realism that was missing in a lot of comic book art.

I grew up reading his Batman issues, inked by Alcala. I thought that was a great team, I loved the textured linework that Alcala added to the backgrounds. 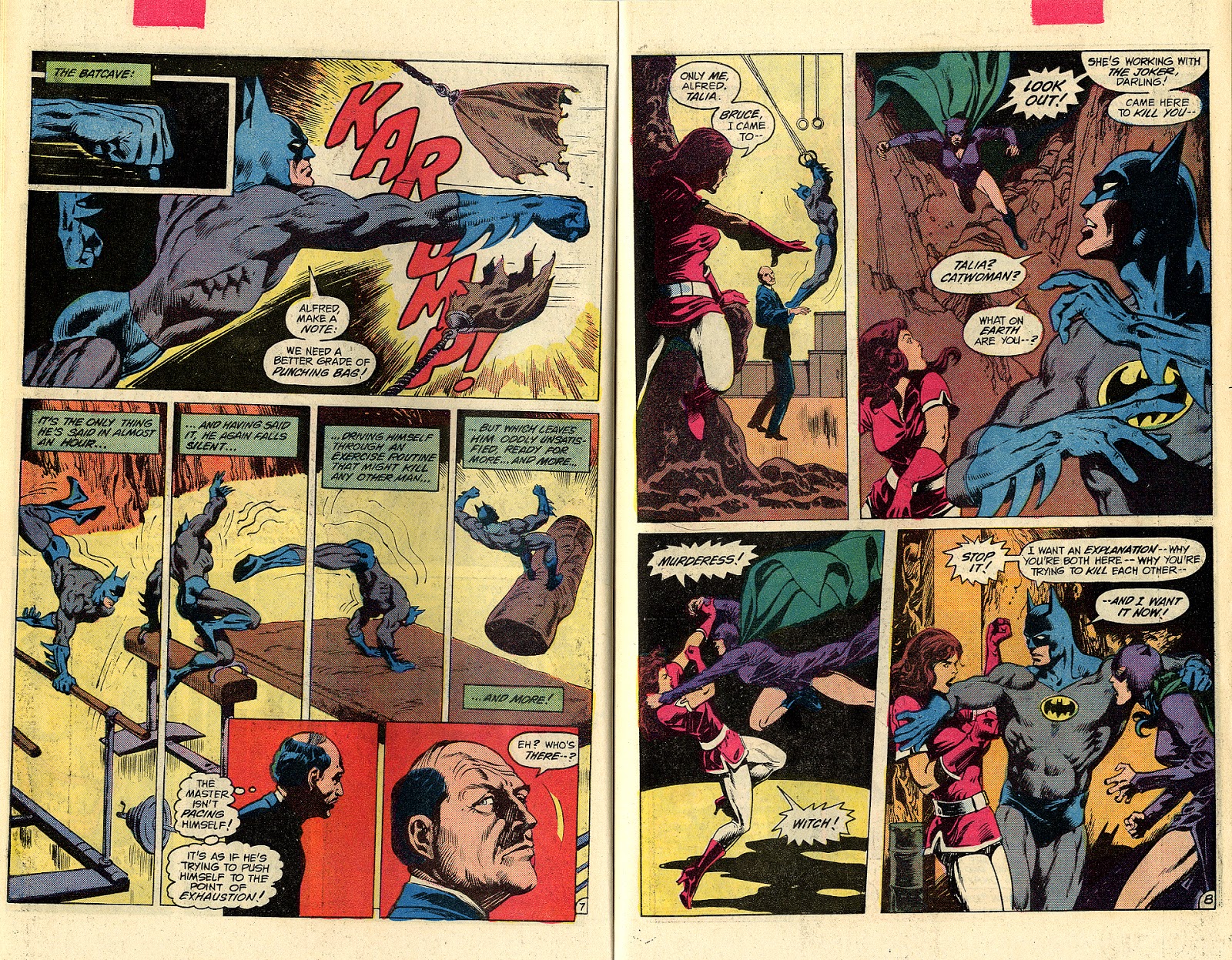 Then I saw some of his work inked by different people  for example Frank Chiaramonte. Newton's pencils came through more, it added to the depth, the movement of the figures and the use of anatomy that made the work so different. 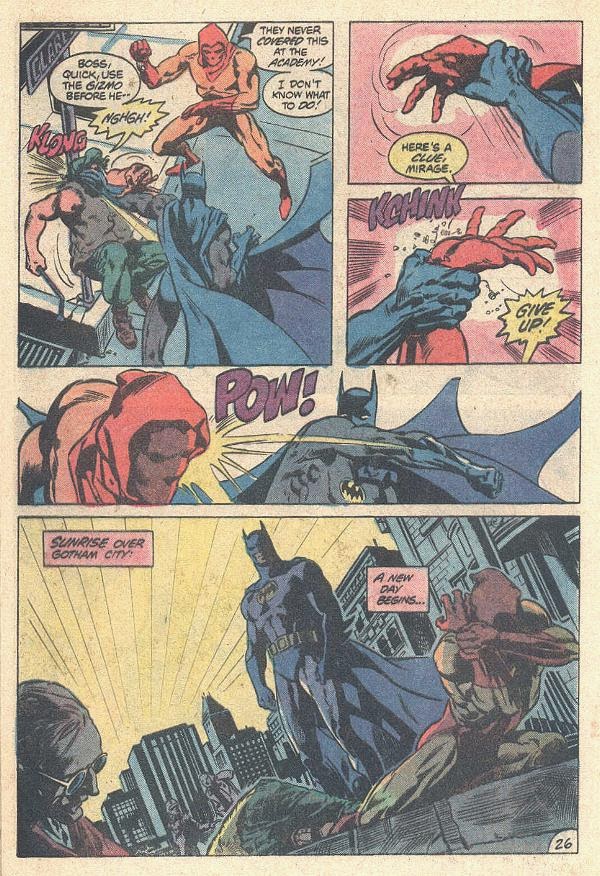 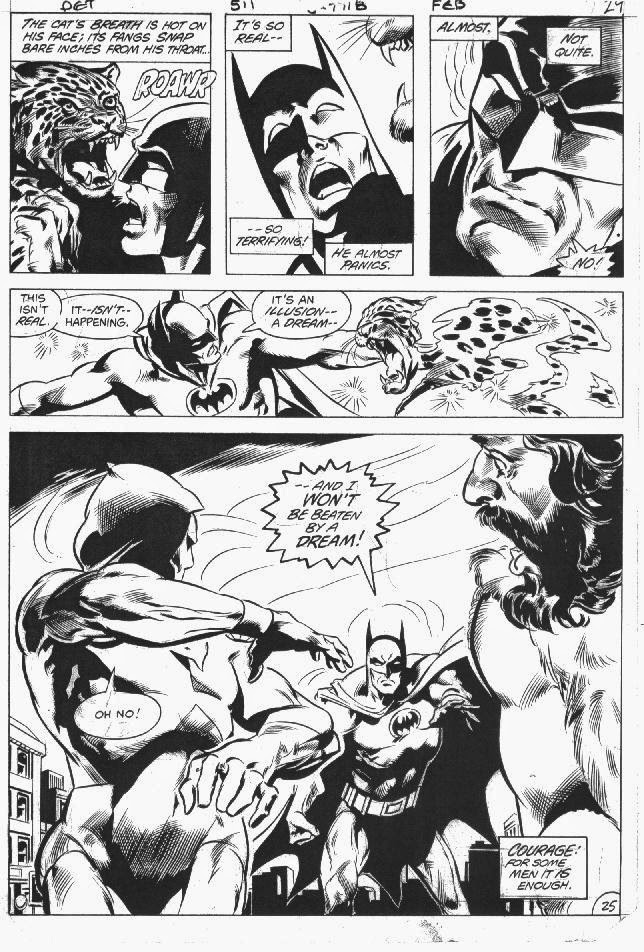 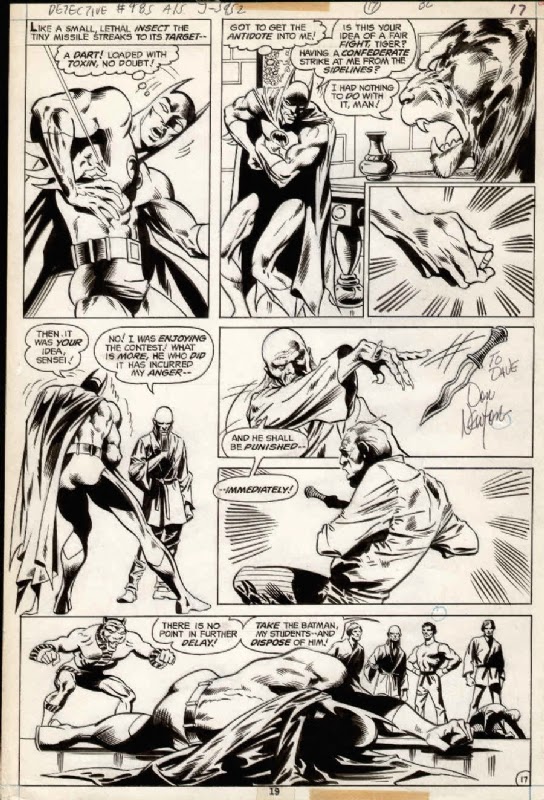 I loved his Captain Marvel. I read all the Shazam issues by Beck, which were great, but Newton's take was just as good despite being totally different. 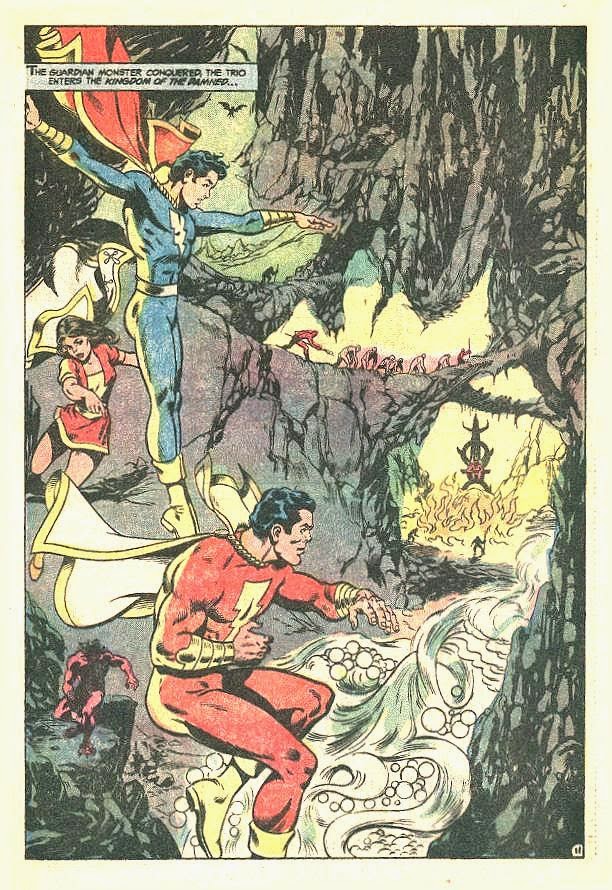 A lot of people aren't blown away by Newton's work which I just don't get. 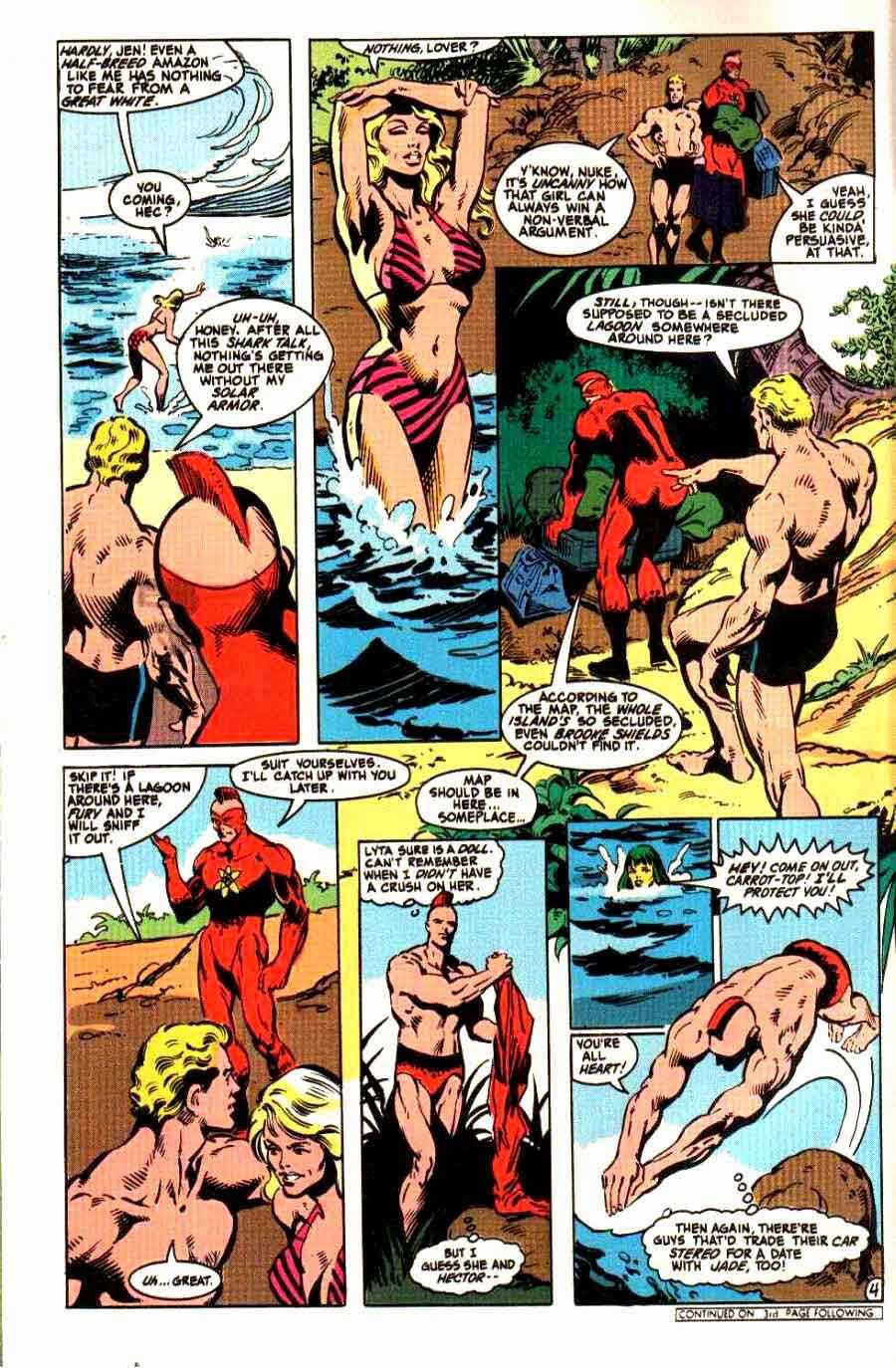 Go and buy it. It's just beautiful. And check out the first pages of issue 12, the last work he did.

His Aquaman art, the emotion, not in the faces, but the body language, is just spot on. That's a big thing in his work, the twist of a spine, the slump of a shoulder, the upturned, angled chin that coveys a character in deep thought, searching for an answer from the past, little nuances that create the sense of realism. The characters he draws are acting, there's nothing like a stock pose or a standard 'gritted teeth' face that appears every 3 panels. 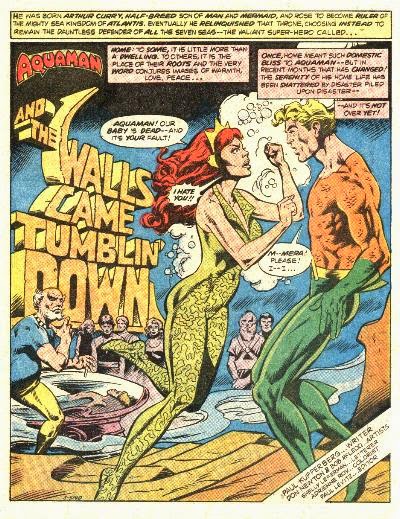 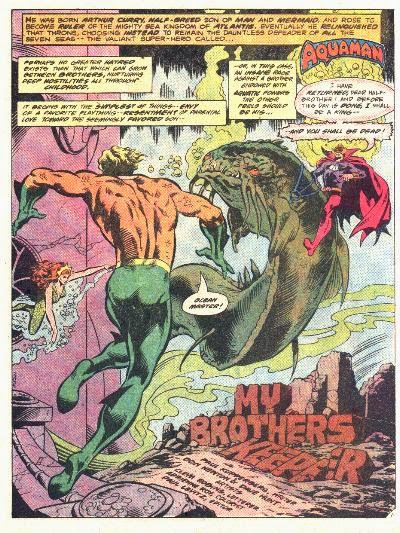 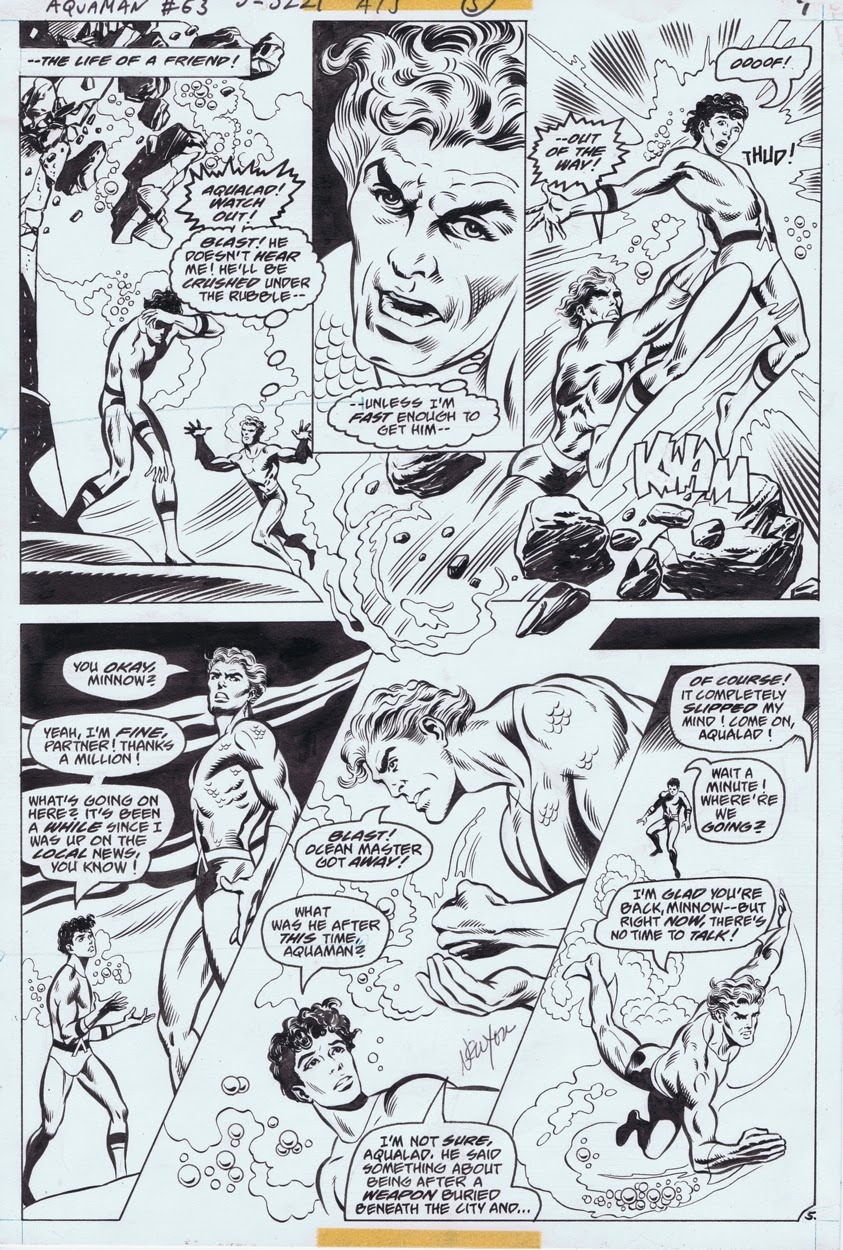 Some of his figures were almost like studies of Renaissance sculptures or life drawings...but he managed to fit them into a sequential setting that was also strong on storytelling. The figures flowed across the panels.

There are a lot of versions of Batman that I dig, Adams, Mazzuchelli, Alan Davis, Breyfogle, Darwyn Cooke etc...but Newton's is probably my favourite. Check out his work.

I should do that more often myself.
Posted by John Watson at 01:47