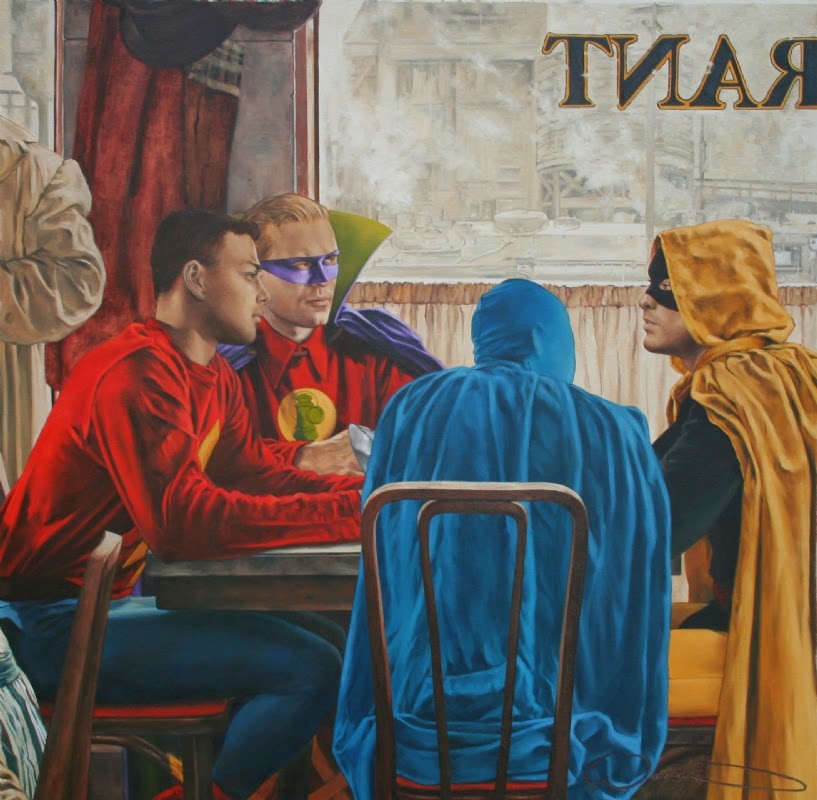 I call this piece JSA YEAR ONE but originally it was just a piece I wanted to do as a learning exercise. I'd drawn a pencil version inbetween cover jobs for DC (I believe between my run on Hawkman and before JSA Strange Adventures). Peter Tomasi, Geoff Johns and I had been talking back and forth about doing JSA Year One. We'd worked well together previously and this would be an opportunity to team up on a bigger stage.

The idea was for it to be fully painted, Norman Rockwell meets 1930's gangster movies, a realistic setting that always works well for the JSA, homemade uniforms, regular physiques on many of the characters, bulky maybe but not pumped up. The story would cover the time leading up to the formation of the team, explore more fully the background and personality of each member, create a definitive narrative of the teams origin that'd fit into the DCU continuity of the time.

So I saw this piece, well at least the pencil piece, as something that may be used in the series. Geoff was needed for bigger things however...

So I continued with the original reason why I started the piece, as an educational exercise. I thought working the size, or thereabouts, that Rockwell worked would be interesting, so the piece is oversized, between 75cm and 1 metre. I traced up the pencils and painted a loose underpainting in Mars Violet (can't get that in Winsor and Newton artists range anymore). It was about 8 years until I finished the painting. 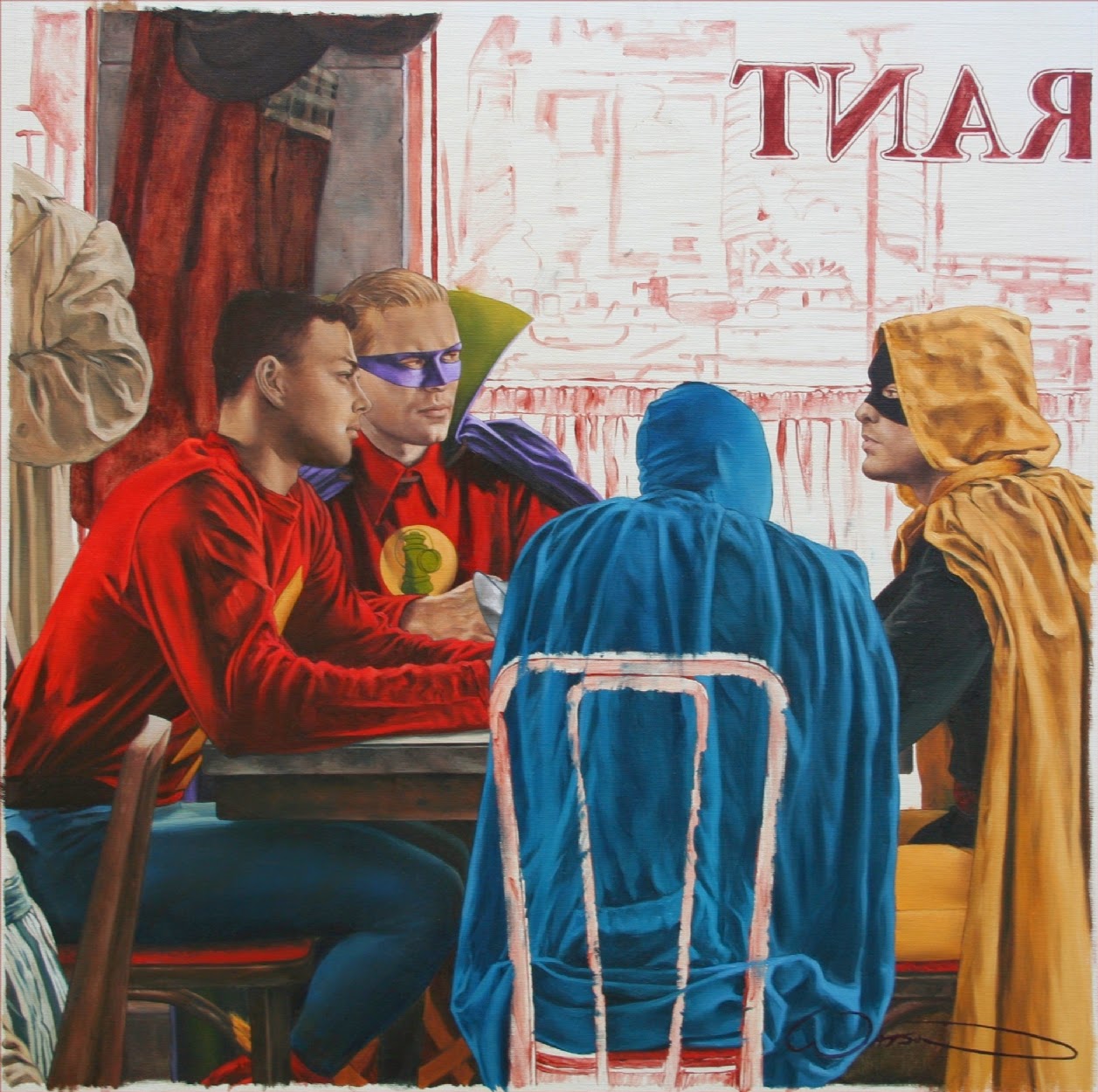 After revisiting this I've got an inclination to do another piece but really work the way Rockwell did (build up texture initially, use the same brushes he did, take more photos until I get the right reference, use actual people instead of generic heroic looking ones etc)

As an afterward, this was the piece when I discovered that using Gold Ochre was the way to go when painting yellow, it looks a lot more realistic than using any of the actual yellows such as Cadmium or Chrome yellow.