I received this piece of art in the post today from a good friend as a gift for a sketch I did. 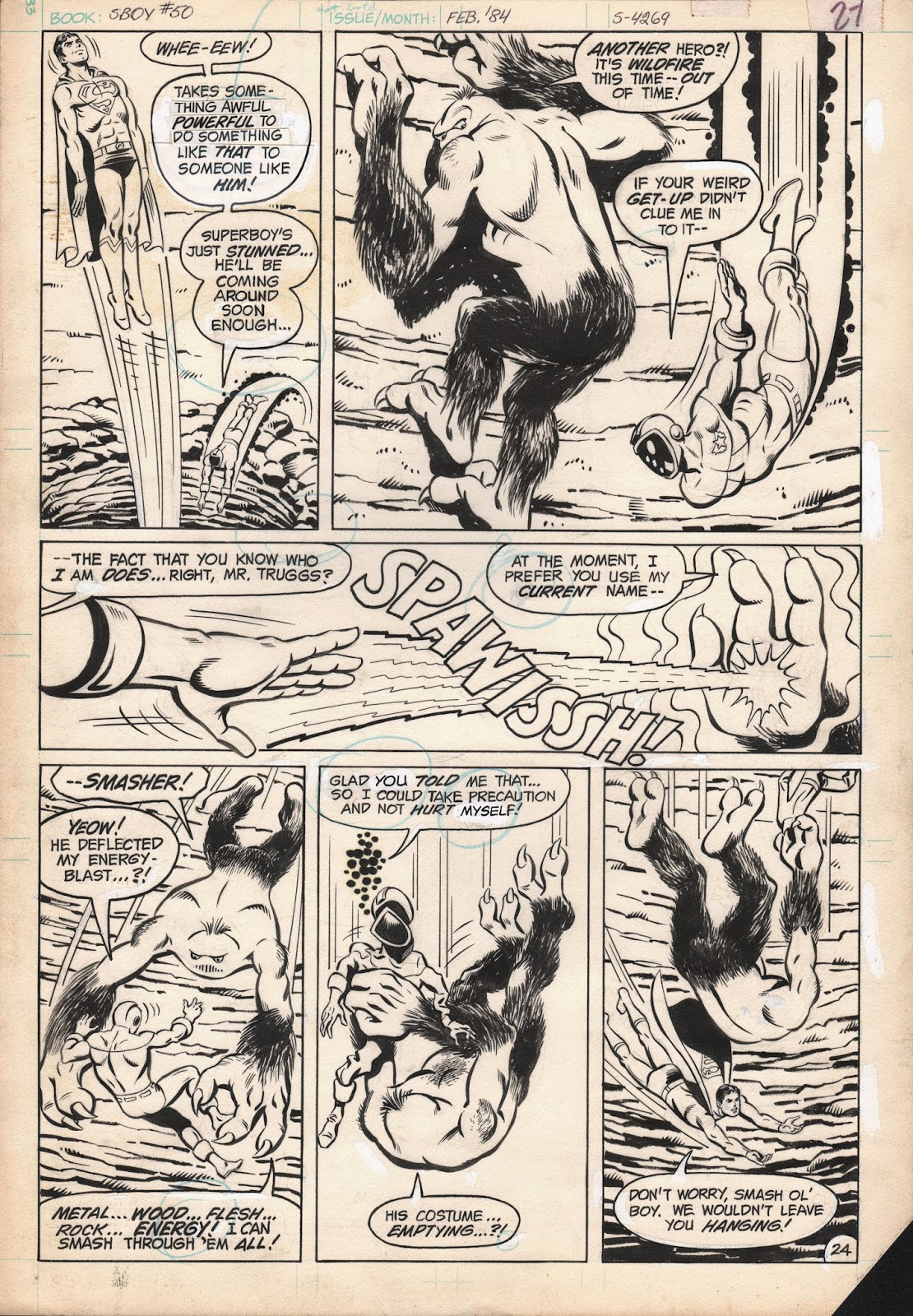 It got me thinking about how much I loved New Adventures of Superboy as a kid. And how it influenced me, maybe not in an artistic sense, by that I mean stylistically, but in a way that it really connected with me, was something that I enjoyed immensely and ultimately played a part in me becoming an artist.

So, this is the first in an ongoing series of posts about influences, not necessarily the obvious ones like Neal Adams, George Perez, Norman Rockwell etc (although we will get to them) but comics, TV shows, obsessions that led me to becoming a comic book artist, well illustrator really. If you discount the terrible series I drew for Dynamite Entertainment a few years back I've basically just painted or drawn covers-which I have no problem with, it's what I always wanted to do.

(I'd love to do a series of blogs about covers, the good, the bad and the unintentionally hilarious...but I'll stick to the good so as not to upset fans of artists who's covers I enjoy for all the wrong reasons)

So, New Adventures of Superboy and Kurt Schaffenberger. The art is very clean, maybe a little too simplistic for fans of contemporary comics-it isn't- just because something looks simple doesn't mean it is. A lot of artists from the early 90's didn't actually draw backgrounds, they just threw in tons of superfluous lines on the figures and hoped people wouldn't notice*-and it harks back to a simpler time. Part of this was obviously intentional, it was set in the past. The simplicity appealed to me as a kid, it may be slightly Rockwellian in setting, (the idea that Rockwell always depicted the good side of America in the 40's and 50's, he didn't, but it's the perceived view and useful to get across the point I'm trying to make about Superboy) but I liked that as a kid. It reflected my personal ideas of morality back then.

I also saw Schaffenberger's work in Shazam but it was Superboy that really got me.

I read maybe 98% DC as a kid, I didn't get into Marvel really until college. Superboy for a few years, was the one I always read first.

I remember tracing the Superboy figure off issue #20 and (I don't think I've made this up) got my Dad to paint, in gouache, the same figure for me. No doubt I redrew his painting myself in the same way I drew over the top of a dinosaur painting he did for me. I guess I just wanted it to look how I wanted it to look. That's why I don't get mad when my kids draw over pieces I've drawn for them, they have an idea of how they want the art to look and it isn't how I've drawn it! 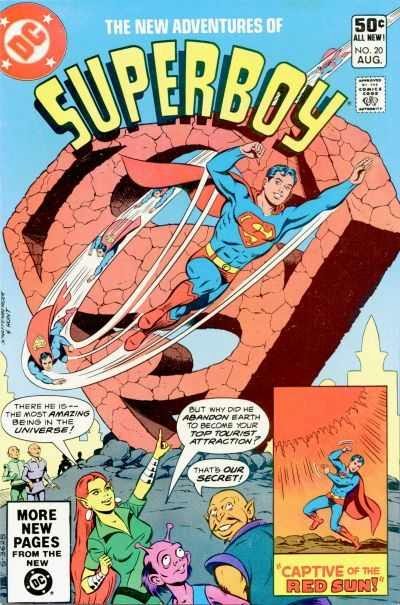 Schaffenberger was a very consistent artist, his Lois Lane looked the same for decades, you knew what you were getting. Next month's issue would have the characters looking the same, just as the characters did on Dukes of Hazzard each episode (it bothered me when Pigsy changed on Monkey). I've still not found that consistency with my art...Many artists progress, getting better and better, more mature throughout their lives (Rembrandt, Rockwell, Michelangelo etc) until their eyes or minds go, as they master their craft. That isn't really true of comic artists. A lot of them peak pretty early and then often just go downhill. Maybe they burn out. Maybe arrogance takes them...there of course is the flipside, some experiment or become something more accomplished (Sienkievitch for example) or just keep on getting better, Alan Davis, Adam Hughes. But it's very rare for an artist to show such consistency over a career, from beginning to end, Schaffenberger was one, Curt Swan another.

Schaffenberger was great at portraying emotion too, with just a slight change in expression or body language. 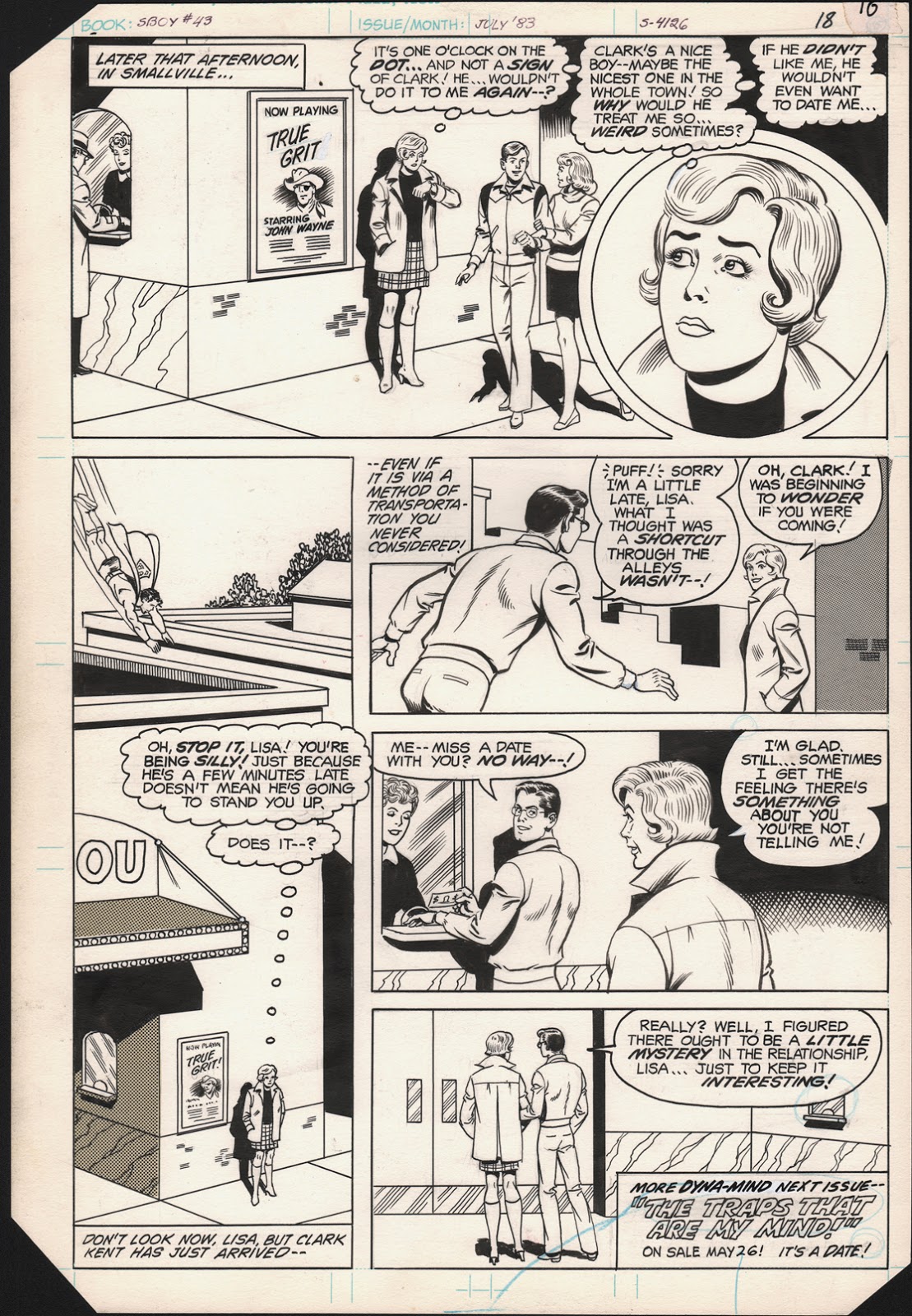 The above page is the original art for issue #43 page 18.

One thing I don't think I'll do in this series is a history of whatever I'm talking about. I think digging for info yourself is a great way to learn. I kind of miss the old days when all you had to go off was a 1 inch reproduction of a comic cover in a price guide. Actually finding the comic itself was very exciting. The internet takes that joy away to a certain degree...it's a great tool...but people don't really use it to find out what went before. A lot of comic fans I meet never bother to learn what or who the artists they like learned from. A massive fail. As an artist it's important to look at who influenced your favourite artists so you can see where their style or technique originated from...and it's a great way to discover awesome art (or music) too.

So anyway, check out the book below for some info on Kurt Schaffenberger.

'Hero Gets Girl!' by Mark Voger published by TwoMorrows.

And look at the first run of Lois Lane too, it's ace. Fun stories too, a lot of them are good reads even now. I think if you enjoyed All-Star Superman you'll enjoy the original Lois Lane run.

And to Aidan, thanks very much for the piece of art!