When I was coming to the end of my contract at Marvel I was asked to do a few paintings that could be used when a cover was needed in a hurry. So they had to be pretty generic and able to be slapped on any issue, no matter the content.

Here's the first one I did, of Johnny Storm. I have no idea if it's ever been used. If anyone knows whether it has been or not then let me know! Technically I'm not supposed to show any art that hasn't been published...but it's been about 5 years since I did this piece so I don't think there'll be any issues... 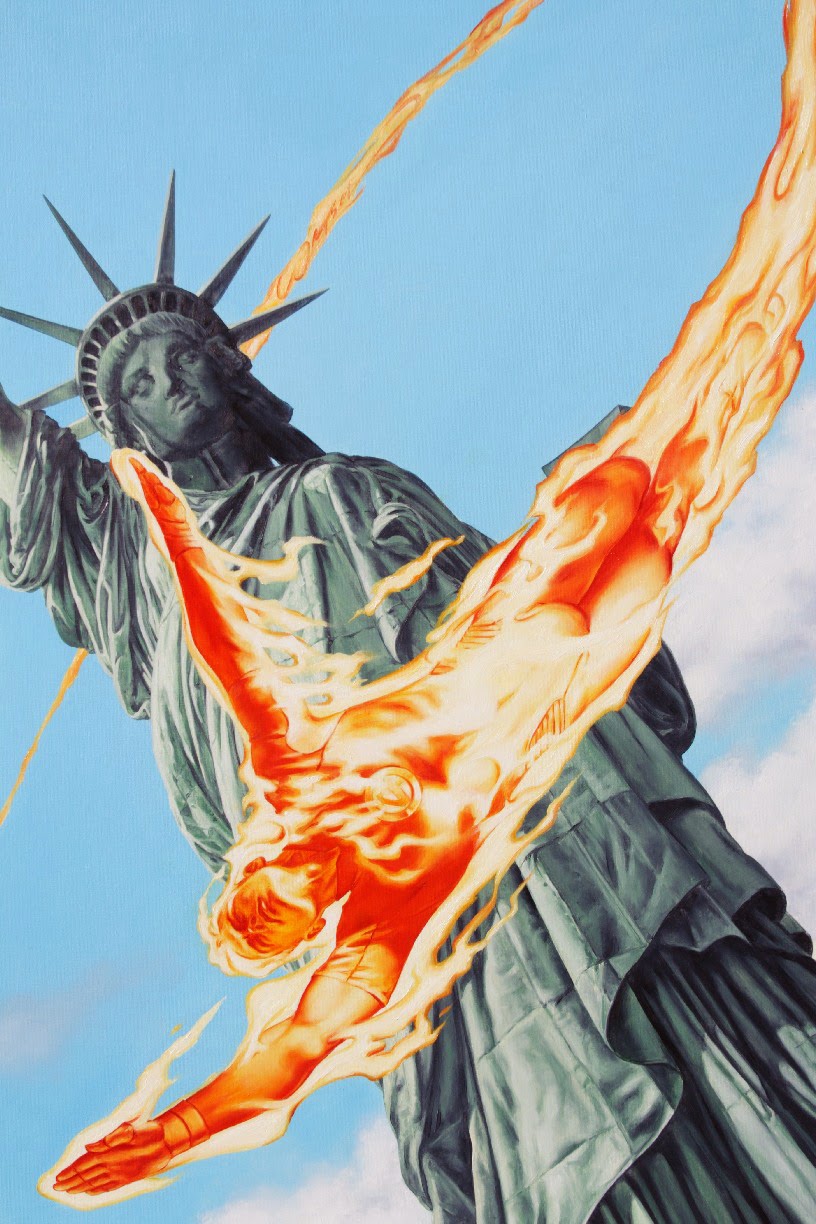 I thought this was pretty good when I painted it, and I think it is now, which is unusual as I hate everything I draw or paint immediately upon completion.

Someone I showed it to said it looked like the cover for Kamandi #1. I'd never seen that cover so I checked it out. The Statue of Liberty appears on Kamandi #1...but that's the only similarity. Sometimes a cover can look cool without having been ripped off another cover.

I like the juxtaposition of the hot colours of the Torch against the greens and blues of the background.